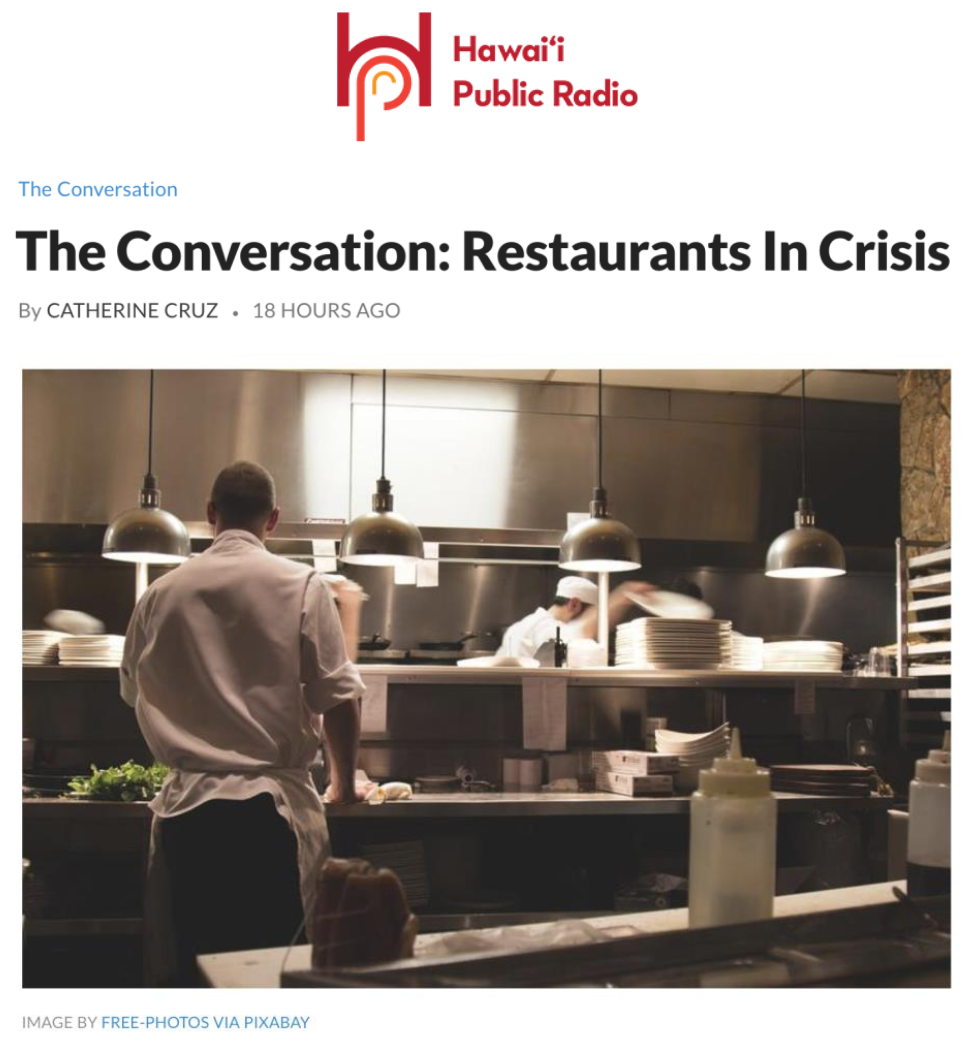 We are moving into the second week of the shutdown on Oahu. For those in the food service industry, it has been a long six months grappling with the uncertainty around this health and economic crisis. Planning has been pretty hard to do - most people hoped for a short turnaround but recovery is moving ever so slowly. So many businesses have shut down and many more are hanging by a thread and the supply chain has a taken a hit. 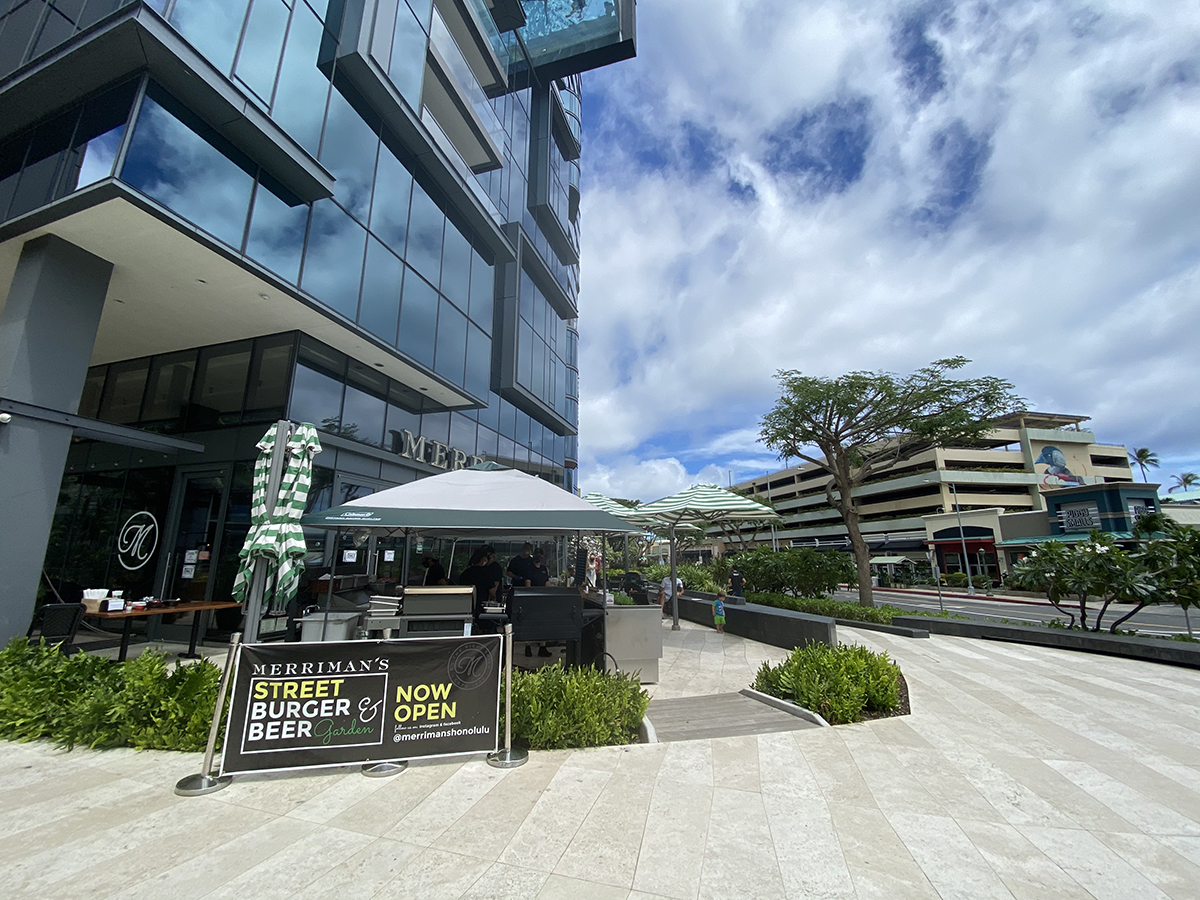 The inside seating of the Hale ‘Aina Award winner may be closed but the spacious lānai has been revamped for a deliciously grill-centric pop-up restaurant—which pairs perfectly with a Hawai‘i summer of social distancing. 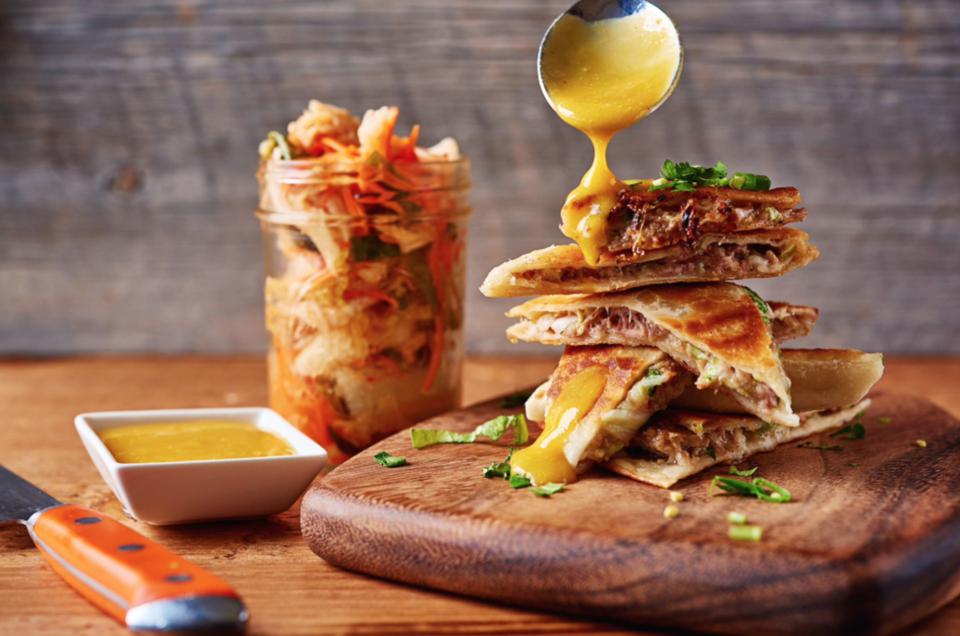 Merriman’s Fish House offers savory Hawaiian flavors to the lucky guests who make it out to the garden isle of Kauai. Although you probably won’t be traveling there anytime in the immediate future, you can still capture the island vibe with these tangy pork and sweet onion quesadillas. 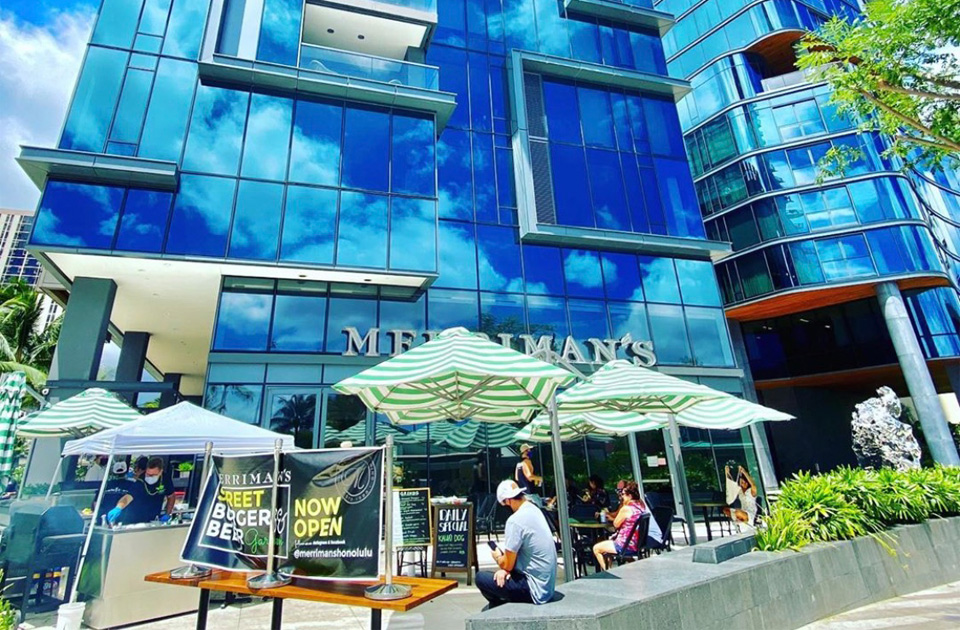 Published Aug. 11, 2020
A list of things you can do during this partial island shutdown from Hawaii Magazine. 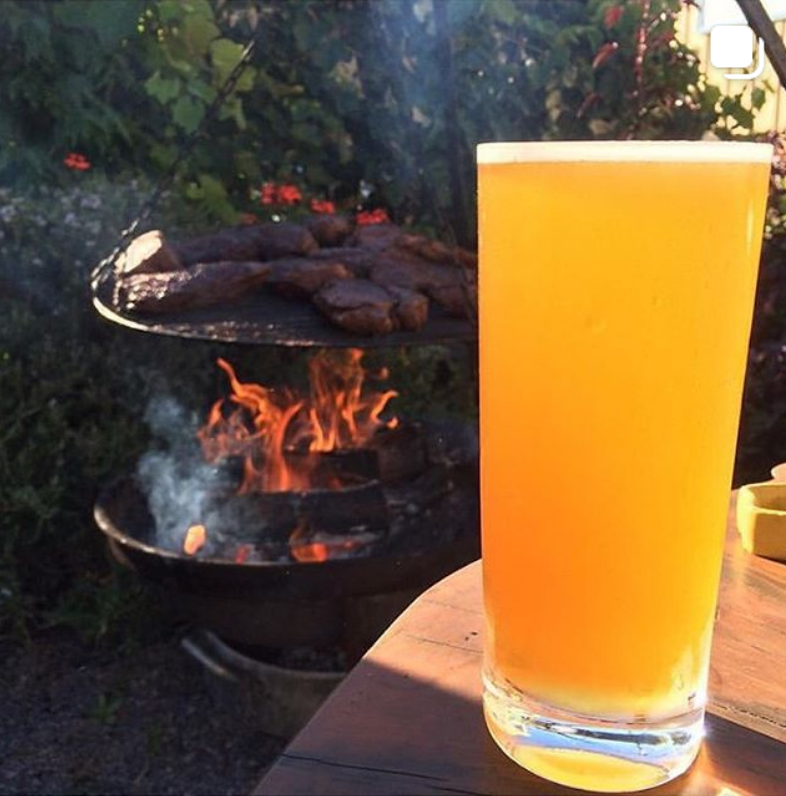 Merriman's Chef's enjoyed an inspirational culinary adventure to Mexico City this past September. They experienced the best traditional, modern and street Mexican food, shopped the Coyoacán fresh markets, explored the wonders of Xochimilco canals, and topped the trip off with a Mezcal Tequilla tasting! Starting Tuesday, January 7th, Merriman's at Ward Village in Honolulu will be offering a "Mucho Mahalo" three course menu paying tribute to all the inspiring cuisine of Mexico City.

* For a limited time 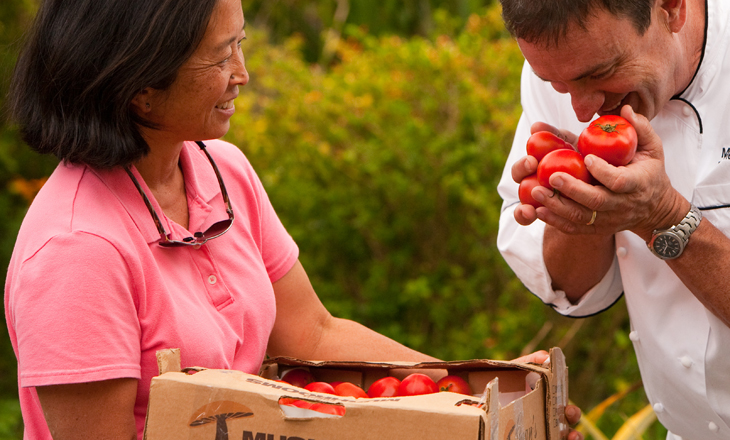 Peter Merriman, a decade ago, talking story with Ken Love on the importance of fresh and local in Hawaii.

"Purpose in the Process" podcast interview by Shiloh Coleman. In the interview, Peter and Shiloh cover Peter’s unique approach to hospitality at Merriman’s with questions focusing on how to motivate staff and the importance of sustainability. 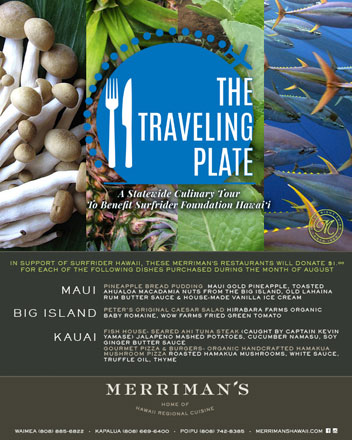 Time to dine for a cause! Merriman's Waimea, Maui and Kauai are honored to support Surfrider Hawai’i as a Restaurant Ambassador for the 4th Annual @TravelingPlateHawaii. Dine at Merrimans Waimea, Merriman's Maui, Merriman's Fish House Kauai, or Gourmet Pizza & Burger's by Merriman's in Kauai this August and ask for the “Traveling Plate Special” and a portion of the proceeds from your purchase of The Traveling Plate dish will go directly to Surfrider Hawaii. And to make the deal even more sweet, @konabrewingco will match the donation dollar for dollar!

Help us support Surfrider’s mission, centered on the protection and enjoyment of our ocean, beaches, and waves while enjoying ono food!

In this episode of the Purpose in the Process podcast, renowned chef Peter Merriman discusses his unique approach to hospitality in his restaurants. Why is it that a person always feels welcome when they check-in with his hosts? How does Peter motivate his entire staff to entertain like they are “throwing a party every night,” prepare each and every dish like they are “cooking for their mom,” and consistently go above and beyond to “do the right thing” for every customer they meet?

How is it that the culinary movement now known as Hawaii Regional Cuisine was developed by someone who grew up in a steel mill town in Pennsylvania? Chef and restaurateur Peter Merriman tells his story of falling in love with the people, culture and food of Hawaii – and how that love and respect led to a culinary movement.

Famed chef Peter Merriman is one of the 12 founders of the “Hawaii Regional Cuisine” concept. He was recognized as the 2018 Restaurateur of the Year, after 30 years on the Big Island. Island Conversations host Sherry Bracken talks with Peter about Hawaii Regional Cuisine, his earliest cooking days, his favorite foods, what brought him to Hawaii Island, how he celebrated Hawaii Island (site of his first restaurant) by giving back to the community — and more! 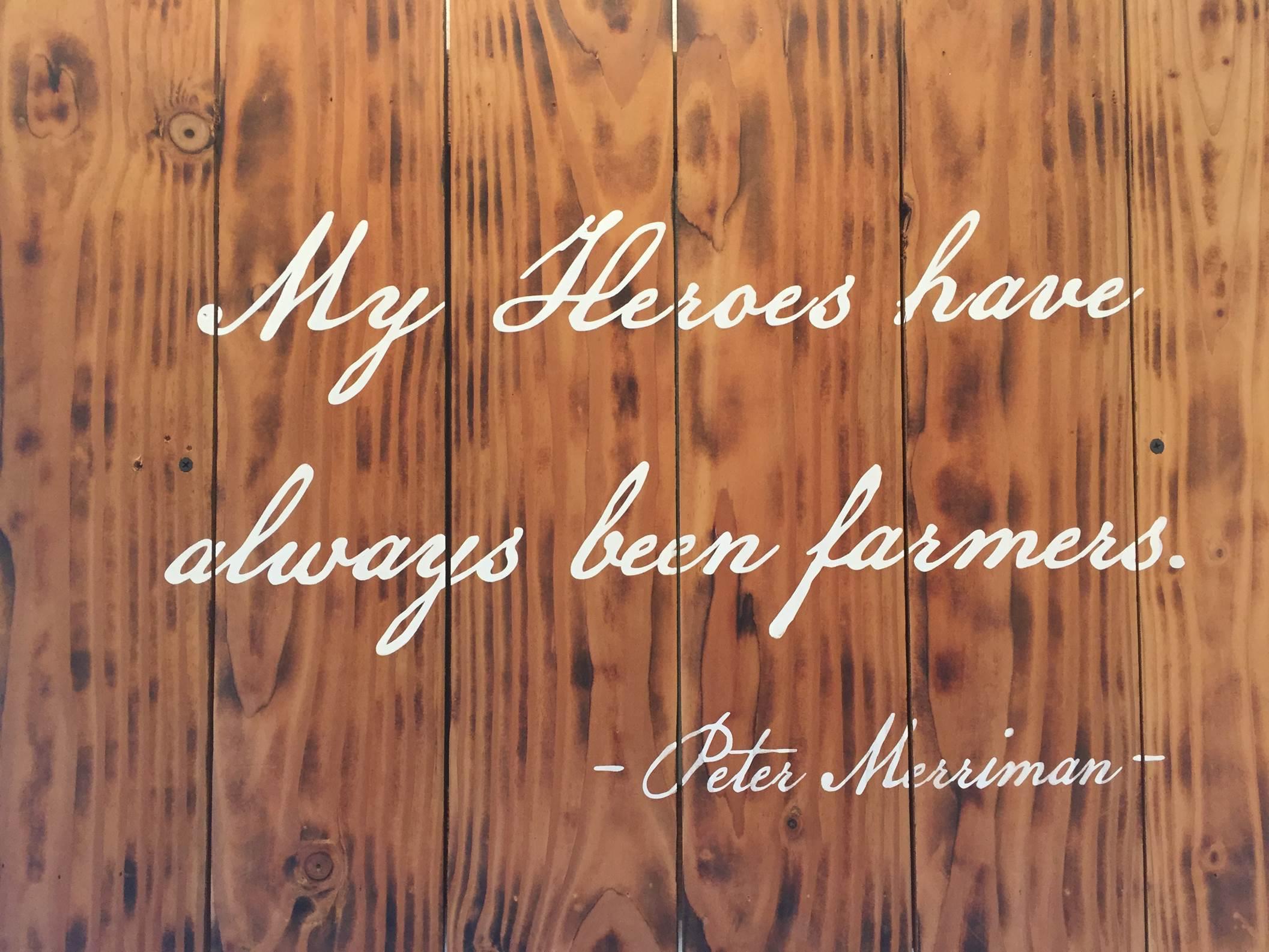 A visionary and veteran restaurateur, chef Peter Merriman is integral to the shift in agriculture and food practices on our islands. 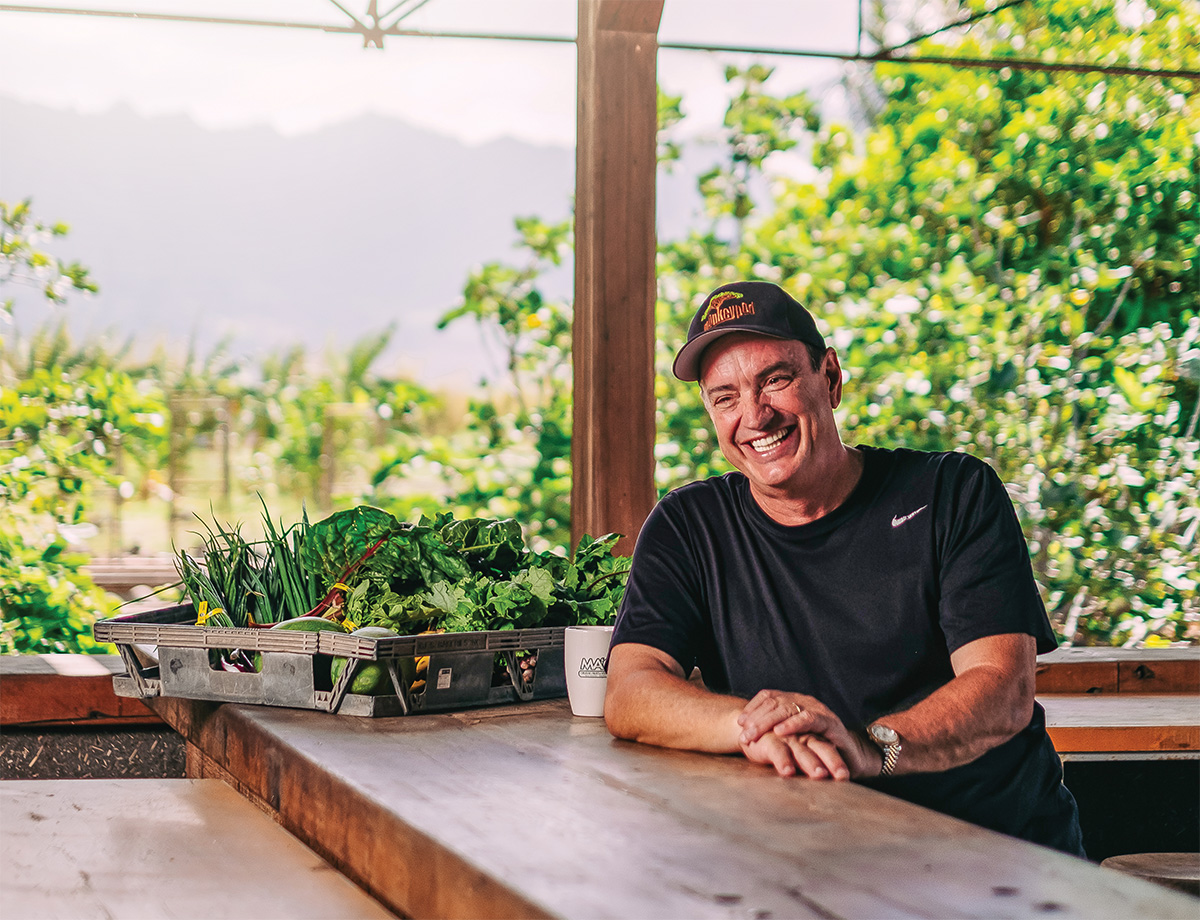 Thirty years after opening his first restaurant in Waimea on the Big Island and sparking the most influential food movement in Hawai'i, Chef Peter Merriman is just getting started. 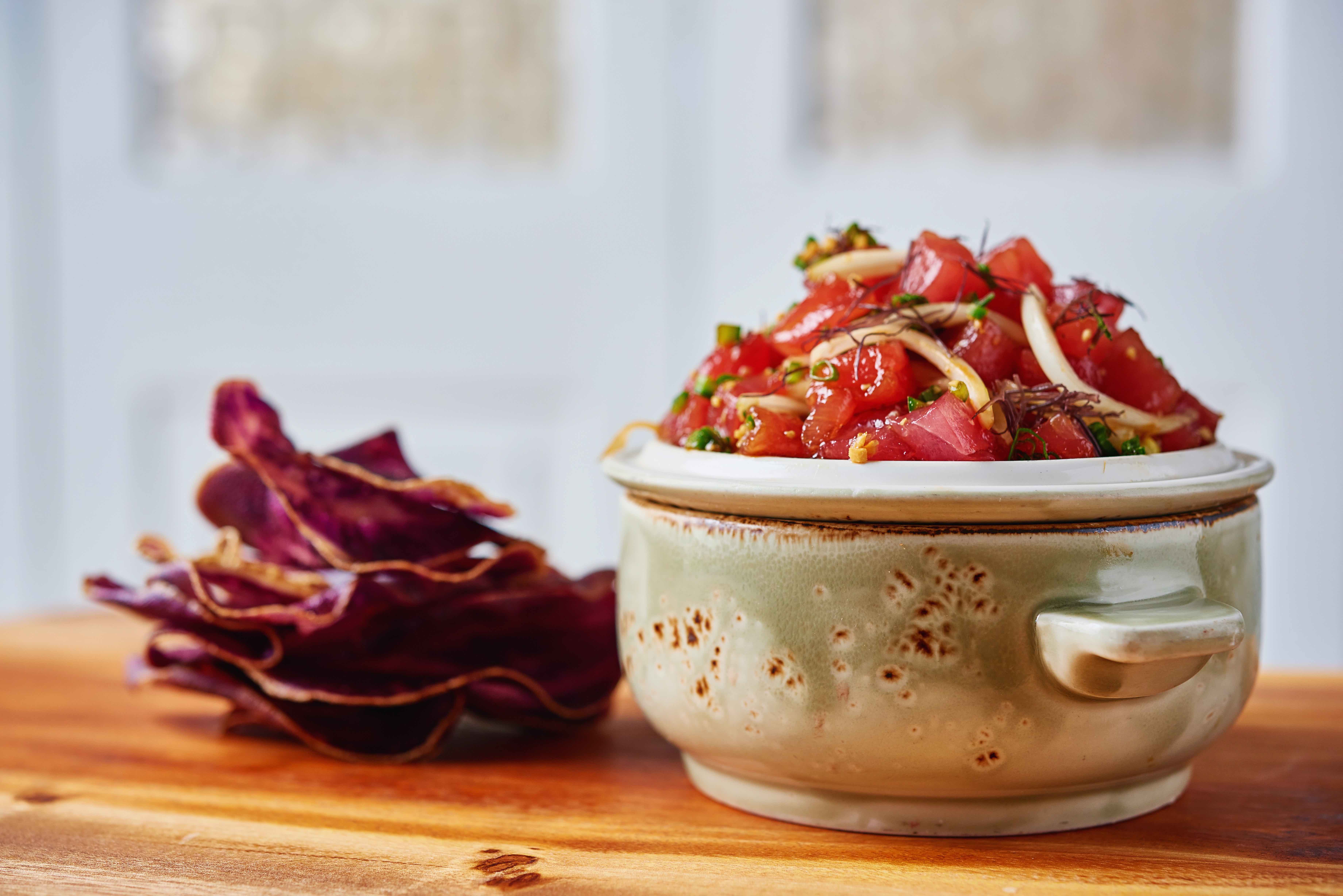 The Food Network says... Merriman's Kapalua has the Best Dining View on Maui

According to Marriott Traveler, if you're a locavore... choose Merriman's! 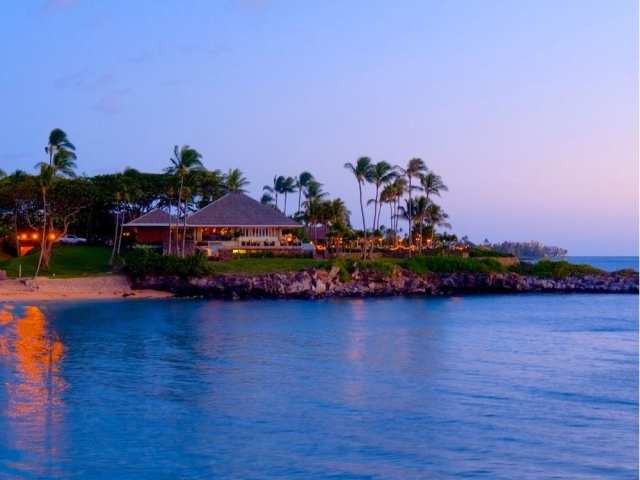 Calgary Herald piece on the Hawaii Regional Cuisine movement, its origins and evolution, and the restaurants on Maui that feature it, including Merriman's